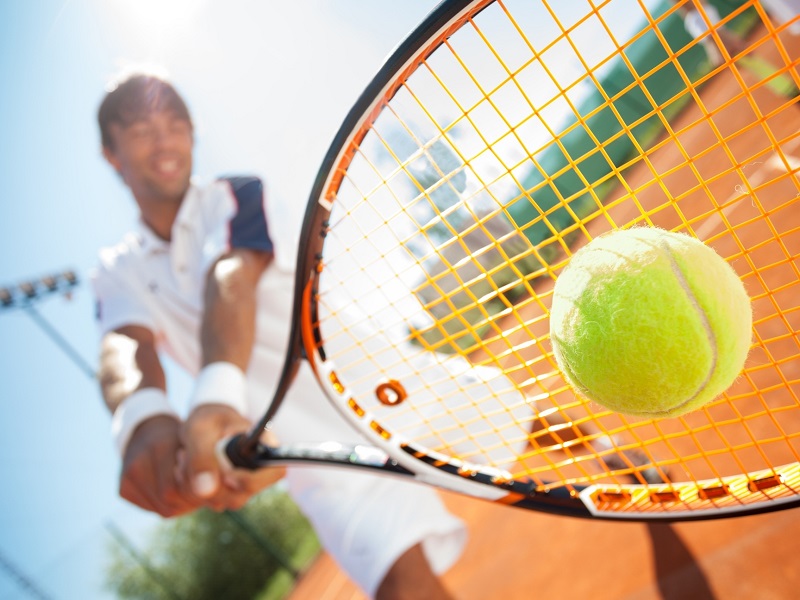 Tennis players have the tendency to overanalyze things. With so many different shots to choose from, a player can become confused as to which to use, and when. However, if you can eliminate the guesswork and are clear about what you need to do when a shot presents itself, you’ll be a more focused and effective player.

Here are five such instances. In each case, there’s a setup shot from your opponent and your response. For the most part, you should stick to the same play — and whenever the game score is close. However, occasionally, you should change it up on them and catch them off guard. Mixing things up occasionally, especially if you’re up 40-love, will prevent your opponent from being able to predict your tactics. 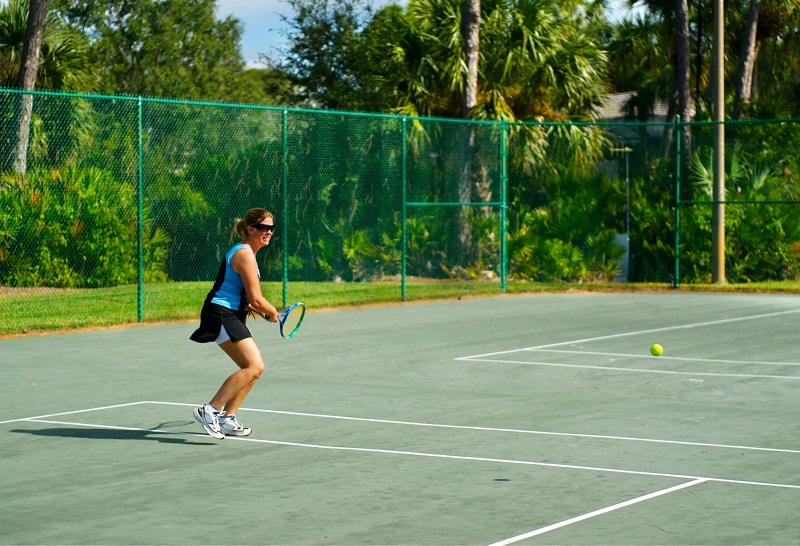 Come into the court and drive your next ball down the line. This is a good opportunity to change the direction of the ball. You’re inside the court and have a chance to get your opponent out of position. If you play it aggressively down the line and hurt your opponent, their best shot will be back up the line right at you. Going back cross court off a hard and short cross court shot can be risky because you’re hitting back to your opponent after he or she has drawn you out of position, leaving a lot of real estate open on your side of the court.

If you’ve already gone down the line a few times, go back cross court. What? Didn’t I just say not to do that? Well, if you disguise your setup to look like the others that went down the line, then you can definitely trick your opponent. Right now, they are mentally and physically preparing for a down the line return, and as soon as you get your racquet back, they’ll start moving toward the alley. Going back cross court will send the ball behind them and catch them off guard, and hopefully win you the point — especially if your opponent is not that quick. If your opponent has fast feet, however, take some pace off and push the ball deep and cross court; a higher, slower ball will at the very least allow you to get back into a neutral position for the next shot.

RELATED:
The I-Formation | Everything You Need To Know

Scenario 2: Your opponent is stretched out wide to return your serve

Hit your next shot into the open court. This is a gold standard among one-two punch combinations. Just because it’s simple doesn’t mean it’s not totally effective. When your opponent is returning your serve from the doubles alley or beyond, and the return has pace, you should hit the next ball into the open court, putting him on the defensive.

If the return is soft, however, you may have more options. Some players follow the serve to the net and volley the second shot into the open court, while others line up their favorite groundstroke and pound it to the opposite corner. Both work well, just remember that if you go to the open court, use a shorter angle. That will force your opponent to cover more ground to retrieve your shot.

You could also go behind your opponent. This works well against quick players because you will use their body momentum to your advantage. It’s also a good move on clay, where it’s difficult for a player to change direction.

Scenario 3: Your opponent hits a drop shot that has dipped below net level 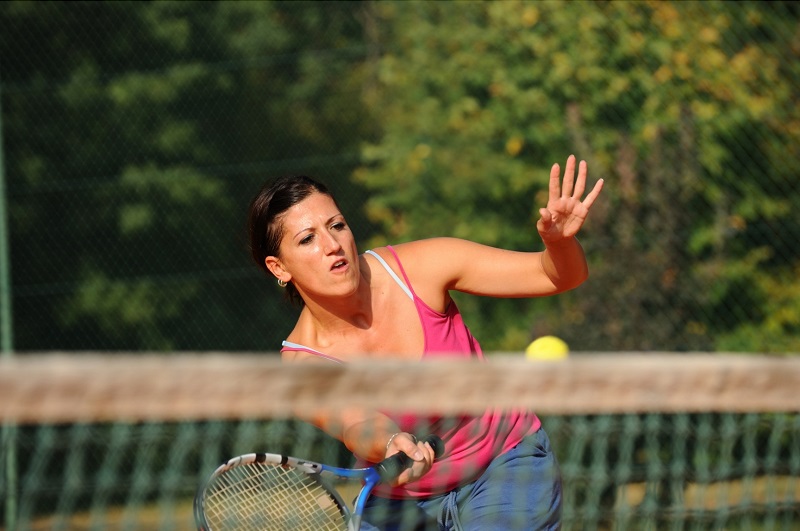 Aim your return in front of you. It’s difficult to be offensive on a ball like this, so the smart (though predictable) play is to hit it in front of you. You can either go deep down the line or play a drop shot back. But if you try to angle this shot cross court, you’ll also have to move laterally to get back into position in front of your opponent. Hitting in front of you allows you to gather your momentum and get into better position to cut off the next shot.

You can also give them something they won’t predict. Instead of hitting the ball out in front of you, flick your wrist around the outside of the ball for a razor sharp angle. The ball should barely clear the net and land near the sideline. If you attempt this shot, it must be a winner.

Scenario 4: Your opponent hits a short ball that you can’t do much with

Hit it deep and down the middle. Instead of trying to be extremely aggressive, put the burden on your opponent. Attack the net and force him to create his own angle or come up with a winning lob. You’re not going to hurt your opponent with the approach, but you’re keeping yourself in position to win the point.

To keep them guessing, try a drop shot or short angle and follow it to net. Your opponent will have to move off the baseline and not only worry about retrieving the ball before the second bounce, but also direct it so you don’t have an easy volley. This works particularly well after you’ve approached with a deep slice several times.

Scenario 5: Your opponent’s passing shot is at your shoulders 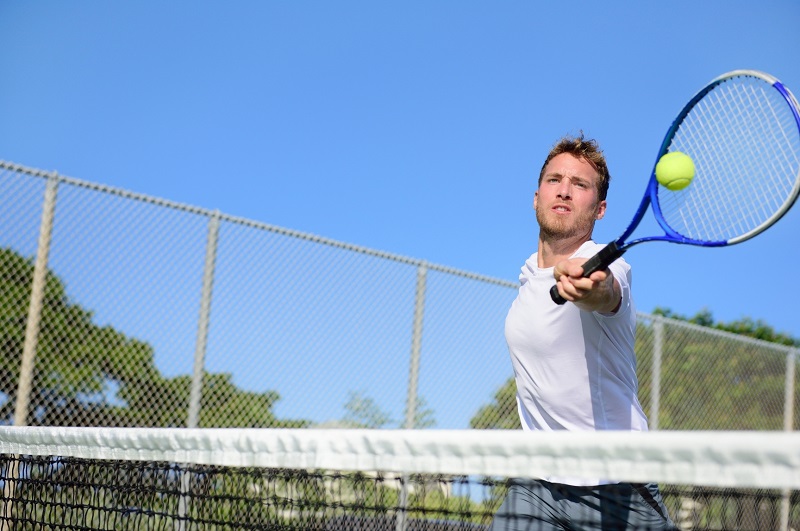 Go for the sharp angle. Simply put, the higher the volley, the shorter the angle. It makes no sense to hit a high volley long. If you’re going to miss it at all, which hopefully you won’t, it should be wide. It’s easiest to angle the ball away for a winner when it’s well above the net. The lower the ball, the more conservative you have to be. So, if the ball is at your shoulders, you can play a very sharp angle. If it’s between your chest and waist, you can still angle it, but not as severely. And once it starts to drop below the level of the net to around your knees, you should just play it safe and volley the ball straight ahead.

Or… you could angle away the low volley. This is a tough shot that needs lots of practice to be able to hit consistently. You need to soften your hand to take the pace off the incoming ball so it can be angled just over the net yet still come down safely. I don’t recommend trying shot this unless you have some court to work with, because i f you put too much air under the ball, it will drift wide or sit up for your opponent; too little air and it will catch the net.

Mix it up occasionally — especially if you’re up 40-love — and keep your opponent from predicting your tactics. Practice these scenarios with either a hitting partner or ball machine and you will develop muscle memory you can count on to keep you ahead in a heated match.

You may also like...
Related Topics:singles, Strategy, tactics, Tennis Tips