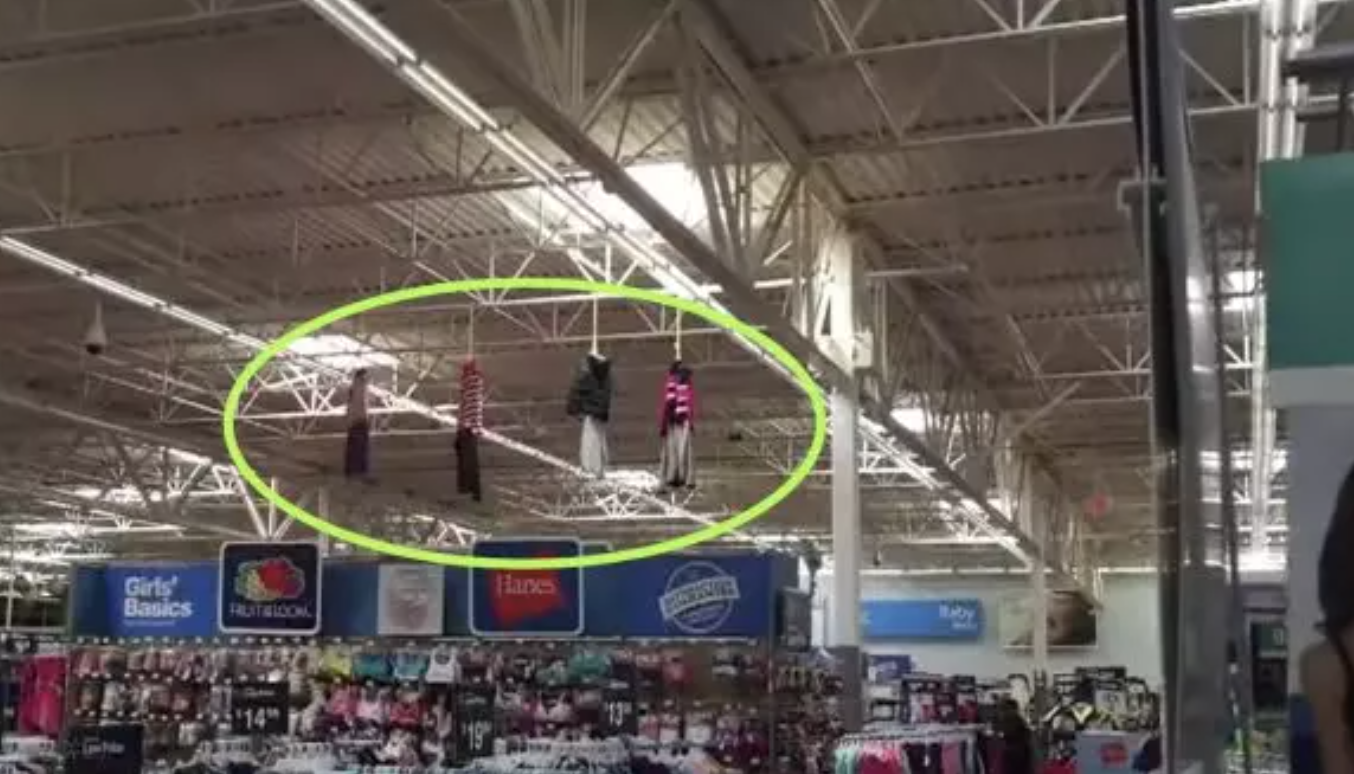 Las Vegas, NV – A Walmart in North Las Vegas has come under fire for what many local shoppers are calling a racist display in its store. The location, which was on Lake Mead Boulevard and Rancho Drive, hung clothing from the ceiling with neon green chains.

While the Walmart location insisted it was just a failed marketing attempt to sell more clothes, many shoppers felt that the Arkansas-based store was trying to send another message about who is and who is not welcomed to shop their aisles.

The display reminded many shoppers of a lynching. The Walmart store had used four black outfits in their ceiling hanging display, which sent a message to the African-American shoppers in the area. However, the reaction to the display has been mixed as some people took it to simply be a bad marketing stunt and not a racist attack on black Americans. 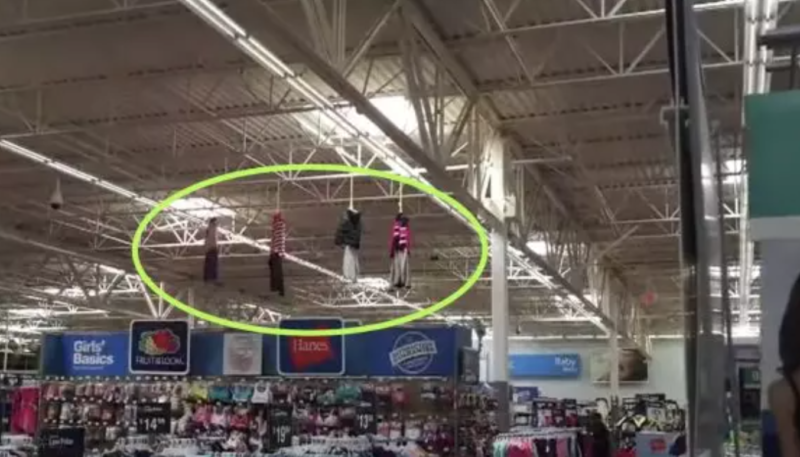 Action News took photos of the offensive display and shared the images with people across the Las Vegas area to get their reactions. The responses to the hanging display were mixed.

One man pointed out directly why the display was offensive: “Four black items hanging from the ceiling as if they were four black people.”

Another person seconded that man’s assumption saying that the display looked like “people hanging from the ceiling.”

Whether or not Walmart had a racist intent when creating the display, it was disturbing enough to take it down. Who wants to think that Walmart is hanging people from the ceiling no matter the color of their skin? It’s just a disturbing way to try to sell clothes to the masses of people who flock to the stores for their good prices.

Another person said that the Walmart display looked like “mannequins of people hanging from the top of the roof.”

In other words, it was weird and unnecessary. And it shocked people who walked into the store.

Some people thought that it was a Halloween decoration that had been forgotten.

“Halloween’s gone, but you still have four black figures hanging from the ceiling,” one person told Action News. Clearly, this display was alarming for people in the North Las Vegas store.

Walmart took the display down on Thursday. However, not everyone took it to be racist or even offensive.

“I see someone walking through the apparel section of Walmart.”

Another person did not even notice the black figures hanging from the Walmart ceiling, “Looks like prices and racks of clothes.”

Walmart has remained silent on the issue, which is never a good sign from a company like that. It means that they don’t want to address the concerns of the public head-on. That either means the display was intentional or that the company does not see the harm in it but does not want to say so. With customers offended and terrified in the way that they were, Walmart should at least offer a statement clarifying what the display was and why they decided to hang black figures from the rafters.

What do you think?

Is It Worth It? A Father And A Son Killed Hibernating Mother Bear And Two Cubs, Then Proudly Pose For Pictures!
Dad Kills Grizzly Bear In His Cabin! Short After He Realizes That His Wife And Their 10-Months-Old Were Killed By The Bear!