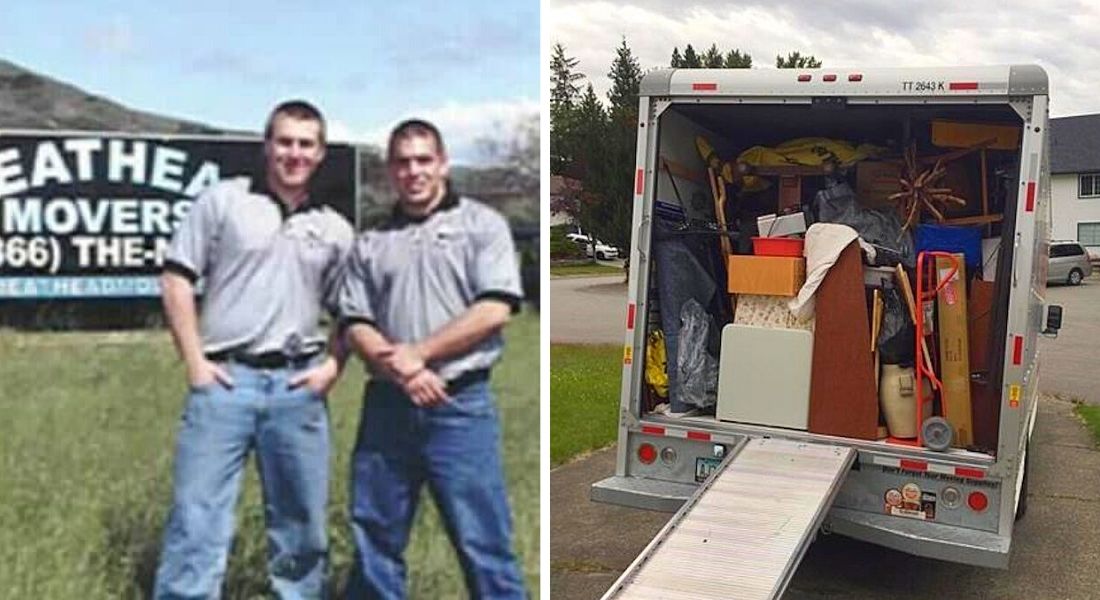 Violence victims are not always able to cope with their issue. In many cases they are simply afraid to talk about the problem, sometimes they are ashamed, and sometimes they just hope that the bad period will somehow pass. But sometimes financial opportunities do not allow such a big step to be taken.

A California moving company founded by two high school students is helping victims of violence. The company is called Meathead Movers and it’s operational since 1997.

What makes them different from other moving companies is that they offer victims a completely free service. Aaron and Evan Steed recall that when they first offered their free help, the phone kept ringing almost 24 hours a days.

The latest victim they helped is a California woman who lived with her teenage daughter and her baby granddaughter. The woman, who wished to remain anonymous, was repeatedly beaten and abused by her ex-husband.

Meathead Movers stepped in and moved her, her daughter, and grandchild out of the home, then brought them full-size beds, a dresser, a dining table, chairs, and even a beautiful potted plant — all new additions to their brand-new home.

Meathead Movers is sometimes called to move a victim who’s holding a mug shot of a domestic violence suspect, having to keep an eye out. One day, an abuser came home in the middle of a move, screaming at the movers and throwing heavy items at them in anger.

But these brave and selfless employees remain undeterred in these terrifying situations. That’s because the team, made of predominantly young men, believe real men don’t hit women; real men help those in need.

Houston runaway gunman kills man in front of apartment complex in North Houston, officers ask for help
Man fatally shoots wife due to lack of sex, then shoots neighbors with children saying “I hate all the children”