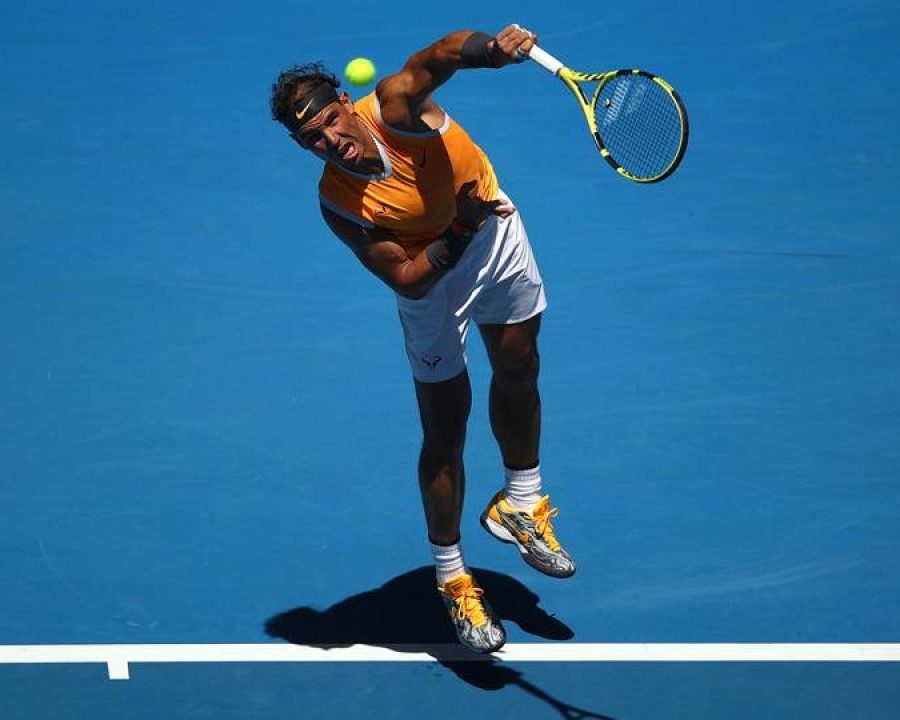 Lefty serves are difficult for one reason: we simply don’t see them that often. And for some crazy reason, they all seem to hit those wicked slice serves, am I right?

A lefty slice serve moves from right to left, naturally targeting a righty’s backhand, which is typically the weaker side. You won’t be able to run around it for a forehand return, but don’t worry — you’ve got this!

The best position for a receiving a lefty serve in the ad court is at the left corner of the service box, and maybe a little into the alley if the server has pace. You might also want to take a step in to help cut off the additional angle once it bounces — especially if playing doubles.

You may be thinking that doing so will leave a lot of court open court for the next shot (especially if playing singles), and you’re right, it will. But if returned well, you should have time to recover for the next shot.

If they serve out wide:

If playing singles, try returning the ball either deep up the line or middle of their deuce court. This will make it easier for you to recover and take the next shot with your forehand. Remember, the net is higher there, so you will need to aim at least 5 feet above it in order to clear it, and use your topspin to make sure the ball stays in. And if you aren’t confident with changing the direction of the ball with your backhand, or if you’ve been pulled off the court, return with a deep lob up the middle of the court, as the ball’s “hang time” will allow you more time to recover and get into position for the next shot.

If they serve down the T:

Should the serve go down the T, remember that the ball’s spin will cause it to bounce toward you, so be careful not to overrun it. You will only need a few quick steps to get to the ball and return with your forehand. The split step is key here as the “bounce” of your feet will allow you to push off much quicker in the direction of the ball than if you were to start from a flat-footed stance.

RELATED:
In Doubles Tennis, Don't Burn Your Partner At The Net

Lefty serves can be tricky to deal with, but with a few adjustments and, if possible, some practice with a lefty hitting partner, you will find success in returning against them. Then come back and leave me a comment and tell me how you did and what worked best!