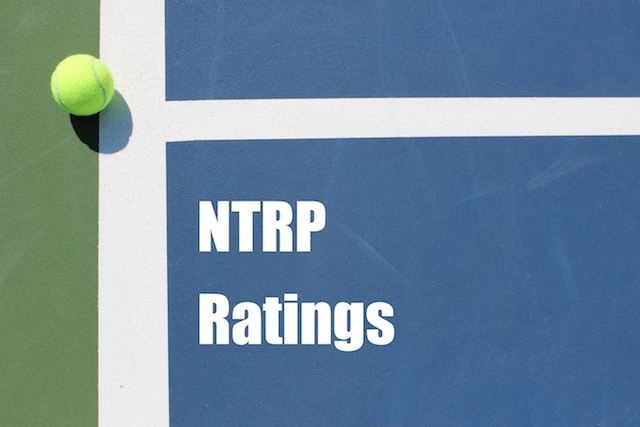 Someone asked this question recently, and so I thought this post might benefit others who’ve been wondering.

Unlike what most people think, it’s NOT not calculated by their win/loss record. Your NTRP rating is computed using several different criteria – your year end rating, your opponent’s rating, and the margin of victory or margin of defeat.

For example, let’s say your rating is a 3.49, and throughout the season you play 8 matches – and you win them all, but didn’t move up. Well, what you didn’t know is that your opponents were all rated 3.26 or lower, so even though you did win, they were weaker players, so that doesn’t really help your rating. And it would count against you if you lose to a weaker player.

RELATED:
What You Should And Shouldn't Do After You Hit A Lob

Likewise, if your rating is a 3.2, and you won all 8 of your matches, but your opponents were all 3.35 and better, this counts DOES help your rating, though you will still show as a 3.5. A few more seasons of playing higher rated players – especially if on higher level teams – and you will move up to the 4.0 level.

The latter is what I did to move up to 4.5. As a 4.0 player, I played on a couple of 4.5 teams, and even though I lost more matches than I won, I lost to a higher rated player, which still positively affected my rating.

I hope you found this post helpful, and if so, please share it with your tennis friends :-)