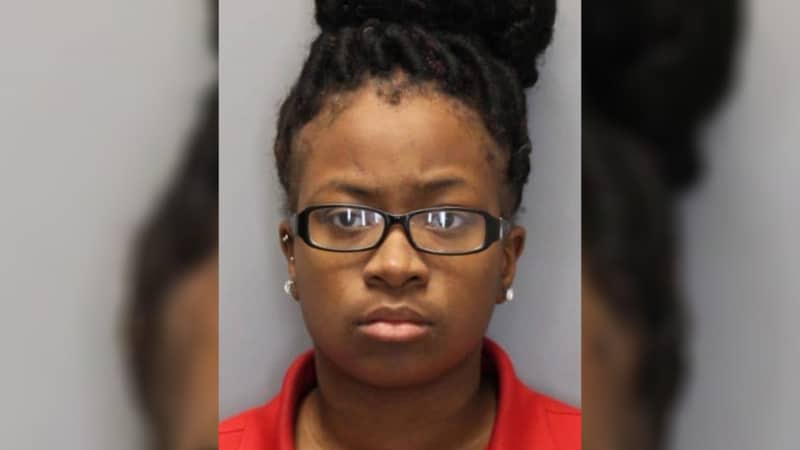 Bear, Delaware – A 19-year-old day care worker has been arrested for murder after authorities found surveillance footage of the teen allegedly taking the life of a 4-month-old baby.

According to ABC 6, Dejoynay Ferguson was an employee at the Little People Child Development Center in Bear, Delaware. On Thursday, September 5, first responders were called to the center after Ferguson claimed she found a child unresponsive.

Ferguson told the owner of the day care, who called 911.

As ABC 6 reports, police arrived at the scene around 10:35 a.m. The baby girl was then transported to Christiana Hospital, where she was pronounced dead.

During the investigation into the infant’s passing, police pulled surveillance footage from the day care’s security cameras. And what they allegedly saw can only be described as disturbing.

According to police documents obtained by ABC 6, the footage showed Ferguson grabbing the 4-month-old from the floor and placing her on a changing table. Ferguson is then seen putting on latex gloves and putting her hands over the baby’s nose and mouth.

The teen reportedly didn’t move her hands until the child was noticeably unresponsive.

Ferguson is then seen picking the child up and putting the infant back into a crib. The teen then waited roughly 20 minutes before telling the day care’s owner that the baby was unresponsive.

In a press release, the Delaware State Police say Ferguson has been charged with “one count of Murder 1st Degree and arraigned in Justice of the Peace Court #11 before being committed to the Dolores J. Baylor Women’s Correctional Institution on $1,000,000.00 cash bail.”

Delaware State Police also added that because the investigation into the infant’s death is still ongoing, “the Office of Childcare Licensing has suspended the license of the facility indefinitely.”

Some of the comments came from day care workers themselves, saying they “don’t get” how something like this could happen:

I don’t get it. I went through a crazy amount of training before being able to work in a daycare or early childcare setting. And continued to do so afterwards. There were so many steps in place to prevent something like this. It’s so sad.

It’s unclear when Ferguson is expected back in court.