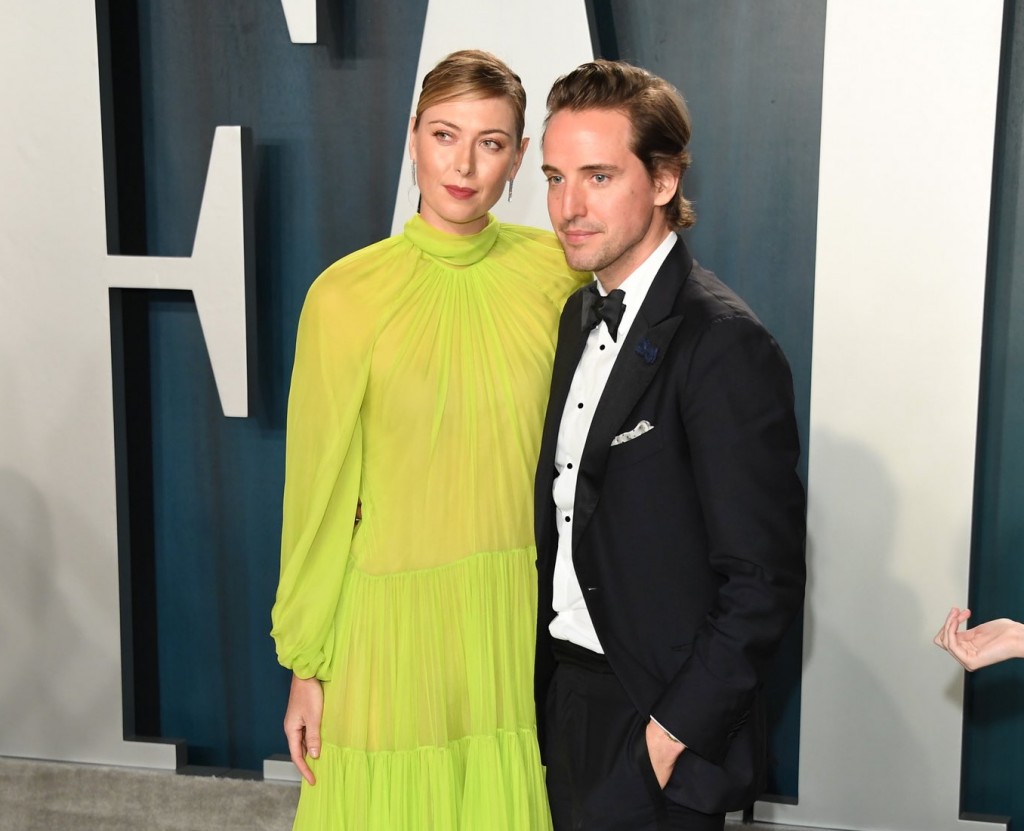 Russian tennis star Maria Sharapova and boyfriend Alexander Gilkes made a huge splash at the prestigious Vanity Fair Oscar party the Wallis Annenberg Center for the Performing Arts in Beverly Hills, CA, and usually she is on the Best Dressed list, if they even have such a thing. That really says something, too, considering that the party caters to the who’s who in Hollywood.

So, what about Maria’s appearance at this year’s Vanity Fair Oscar party?

Now, I’ve always said Maria could make a burlap sack look good, but I’m at a loss for words with the dress she chose. I think she had her doubts, too, because just a few hours ago, she tweeted:

Who wore it best ? pic.twitter.com/lhV84Xcz4F

Even the back is lacking in, well… everything. And it’s not because Maria doesn’t pay people to make her look gorgeous, because she does: skincare specialists Joanna Czech, hairstylist Adir Abergel, makeup artist Molly R. Stern and stylist Tracy Taylor.

Sharapova wore a georgette acid lime maxi dress designed by Valentino, and peeps… it costs $9800!!! I can think of SO many better ways to spend that kind of cash — especially when the dress looks like that!

Last year, Sharapova sparkled in Lanvin from head to toe at the party. A far better look, don’t you agree?

Who knows… Maybe because she now has a love life that she wants to cover up her sexy bits when in public. Or maybe Alexander is the jealous type and doesn’t want her to show her sexy bits in public.

Oh well. Either way, the dress is a hard no for me.

2020: The Best Year for these Players!
Death Of The Backboard