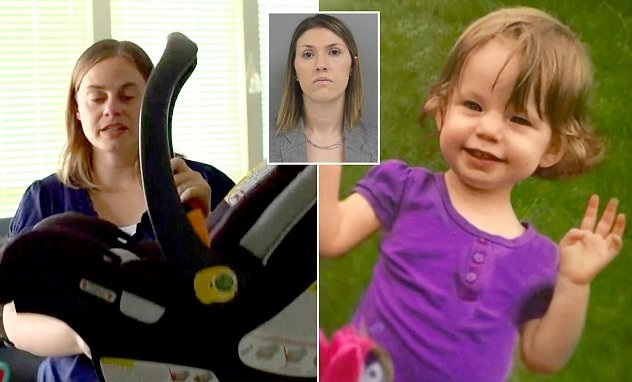 ALEDO, TX – A grieving mother tearfully warns parents about the dangers of small children napping in their car seat after her unbearable loss.

Lisa Smith told Inside Edition she doesn’t blame her babysitter for the fatal mistake that took her 17-month-old’s life in June 2015, but she’s speaking out to prevent a similarly tragic loss in other families.

“We knew from day one there was no malicious intent but she made a series of wrong decisions that cost my daughter her life.”

Little Mia died after being strapped into a car seat while sleeping. Smith said it’s something many parents do, but they probably don’t realize they’re putting their child in danger.

According to WFAA, Mia was in the care of her longtime sitter, who worked out of a licensed home daycare in her hometown of Iowa, when she died of positional asphyxia. She explained:

“I got a call while I was at work. Worst call I’ve ever had in my life. ‘Drop everything. Mia didn’t wake up from her nap.’”

Investigators determined her airway was cut off while she slept in the car seat that was placed on the provider’s bedroom floor.

A Journal of Pediatrics study found babies left unattended to sleep in car seats or other carrying devices may be at risk for positional asphyxia or other injuries. Over a four-year period, 31 children have died from accidents similar to Mia’s.

“The hardest part is that this was so easily prevented. And we lost a daughter needlessly. No family deserves this.”

The mother said losing a child has been “beyond soul-crushing,” and she doesn’t want other families to experience her pain. She told WFAA:

“I walk around town and see people using a car seat on the seats at restaurants or putting them on the floor at tables.

I literally walk up to people and I say, ‘You know, I had a daughter who was seventeen-and-a-half months who passed away and I just want you to be really careful.’”

8 Years Old Girl Dies When Mom Tells Her to ‘Hurry Up’ and Crawl Under Train to Catch Bus Across the Track
Is It Worth It? A Father And A Son Killed Hibernating Mother Bear And Two Cubs, Then Proudly Pose For Pictures!