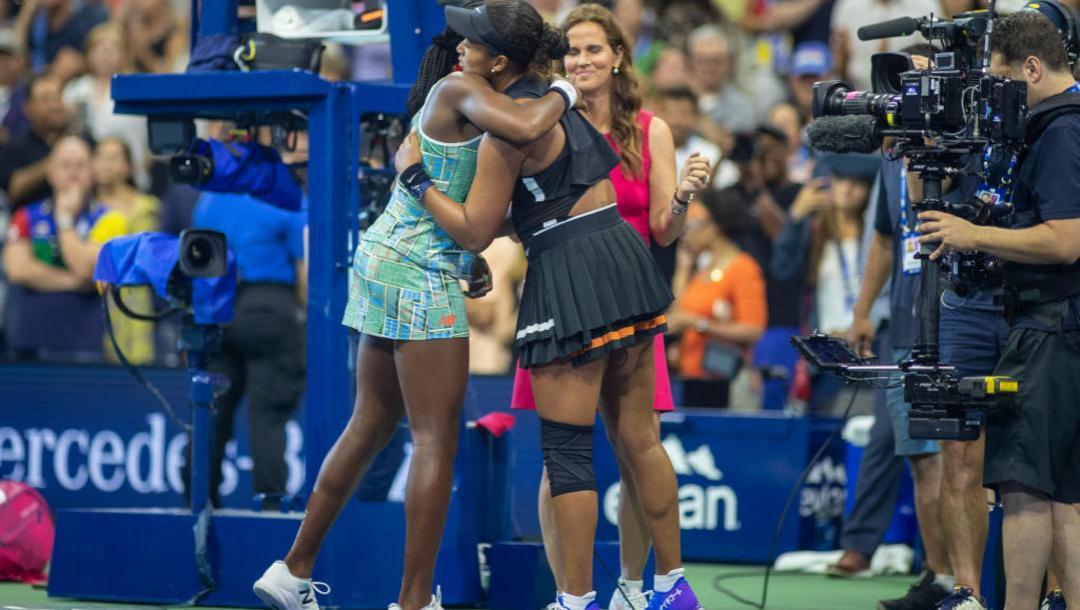 The match between World No. 1 and defending US Open champion Naomi Osaka and Coco Gauff on Saturday was like any other, for the most part. However, the post-match sportsmanship between the two literally transcended tennis, leaving everyone watching in tears.

Naomi looked comfortable on the court and her game was spot on, even after a time violation warning. Coco, on the other hand, played more tentatively, struggling to find her game. After losing the first set (the score was not indicative of the play), Coco’s usual second set come-back confidence failed her. Errors started piling up, and before we knew it, the match was over in straight sets, 6-3, 6-0, and the most hyped American player was once again a 15-year old girl with some growing up left to do.

Naomi recognized the transformation immediately, as she herself had recently been there, done that.

“It reminded me how young she was,” said Naomi, still her senior at only 21 years old. 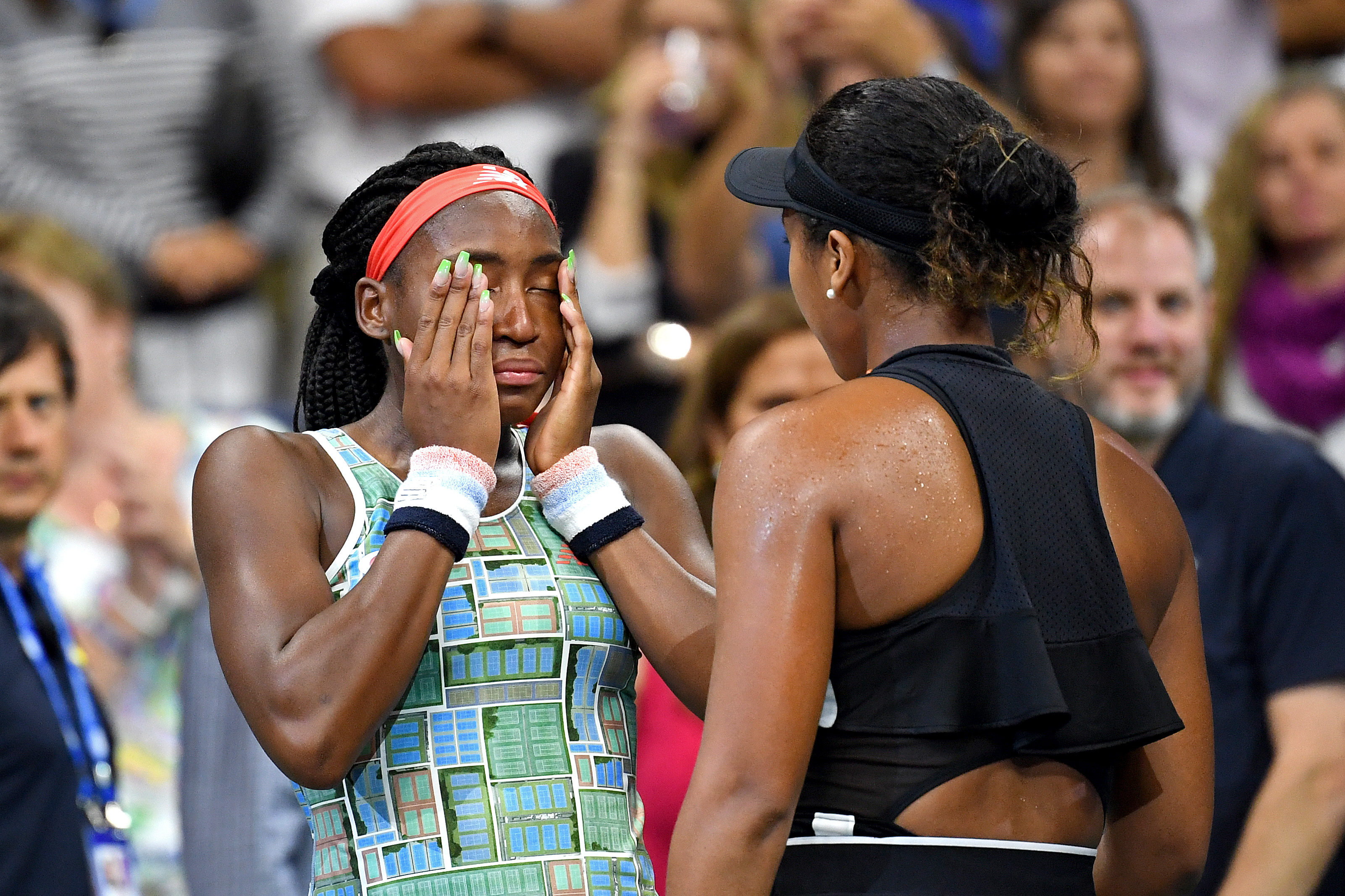 After shaking hands with the chair umpire, Namoi noticed that Coco was in tears as she was trying to collect her gear. She went over and comforted her, and then asked if she would share the post-match on-court interview… and cue the tears.

“I wanted her to have her head high, not walk off the court sad,” Naomi said of her decision.

After defeating Coco Gauff in straight sets, Naomi Osaka asked the 15-year-old to join her for the encore interview. pic.twitter.com/kcat7fRggr

And no, Coco, you didn’t take a moment away from Naomi. That moment was big enough for the both of you, and the world. It was a life lesson we all should learn and live by.

Serena Williams Facing Battle To Be Ready For US Open
Comedian Jimmy Fallon Teams Up With Tennis Stars To Prank The Press, And It’s As Funny As You Think