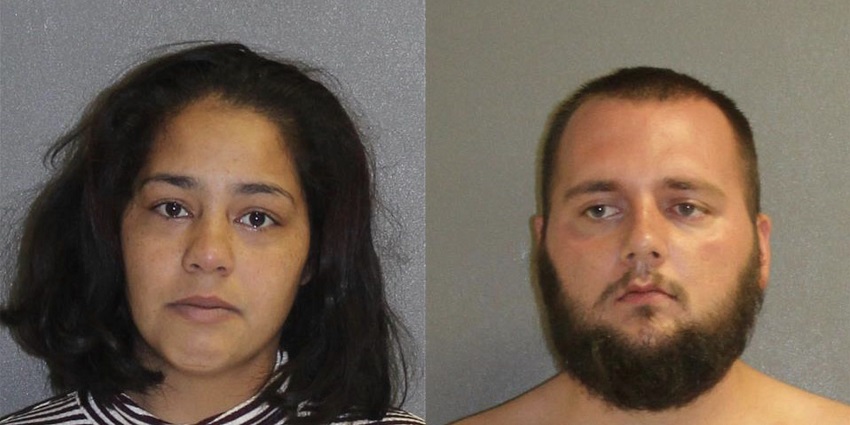 Volusia County, Florida – A Florida deputy admitted to being fed up with a mom and dad after their son was found wandering alone on the road for a second time.
According to Fox 35, a good Samaritan named Erica Strozier was on her way to a doctor’s appointment when she slowed down after seeing a young child walking along the road by himself.

Strozier told Fox 35 that the little boy appeared to be confused and came right up to her when she got out of the car to keep him away from the road:

“I was trying to keep the baby calm and was like, ‘Come here, sweetie,’ and the baby came right up to me. When I first saw him, he was looking confused. The baby was just lost, diapers soiled all the way to the ground. Body covered in nothing but mosquito bites.”

Strozier called 911, and that’s when the deputy arrived — a deputy who has met the child and his parents before.
The deputy took the child to a nearby trailer park where he found the boy’s parents in a “narcotic-induced coma” and foaming at the mouths. The trailer was reported filthy, and there were knives left out and within the kids’ reach.

As Fox 35 reports, the deputy met the family last year when the children were found home alone. This time, the deputy arrested the boy’s mother and father, Yajaira Tirado and Jacob Krueger.

Footage from the responding deputy’s bodycam has also been released. In the video, the officer can be heard asking Tirado if she remembered him, to which she said, “No”:

“You don’t recognize me? I was here the last time this happened. You remember that?”

This time the mom responded saying, “Yeah.”
As the officer put both the mom and dad in handcuffs, he said:

“What did you do? It’s what about you didn’t do. You didn’t watch your kid. Your kid is out in the road. This is a history with you two. This is just a circus. All I want was the kid to get some clothes and get changed. And you guys couldn’t even do that.

This is just ridiculous. My patience is done with these two.”

The parents reportedly told authorities that the reason their son was wandering on his own was because the landlord never came to fix the lock on their door.

Minnesota Sisters Have Been Missing For Years, But Police Found Them Living In Plain Sight
Last Man to See Missing Mom of 4 Is Arrested After Her Remains Were Found Burried at His Home