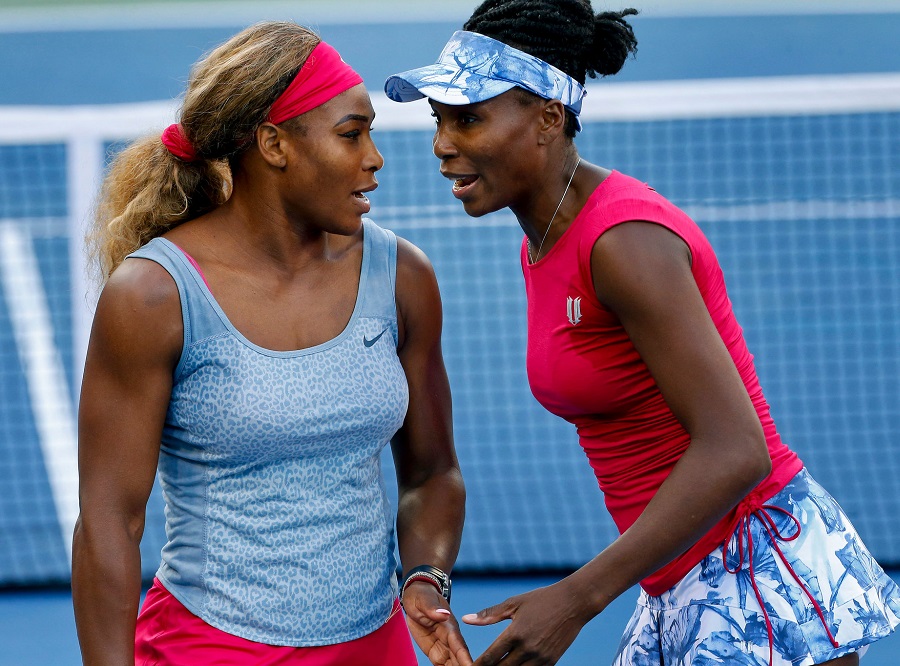 There are all kinds of weapons in tennis, and not all of them are actual strokes. One weapon is specific to doubles (and mixed doubles) tennis, and though it’s a bit more abstract, it’s just as important. The pros do it ALL. THE. TIME… I’m referring to “communication.”

Communication in doubles is vital. It’s absolutely necessary… and it’s not used nearly as much as it should, especially among lower level league players. The communication between those doubles teams mainly consists of determining who serves first and who plays on which side. But communication should go much further than just that, and the more it’s utilized, the more of an advantage you give your team. Communication can be separated into verbal and non-verbal, but for this article, I’m going to focus on just the verbal element, specifically, the communication during points, in-between points, and those random other times we use it.

Communication during points is most often used in order to work out who will take the ball. We hear things like “I’ve got it!” or “I can’t get it!” or “Your ball!” And of course, there are the shorter versions, “Yours!” and “Mine!” often while playing points. Honestly, I feel that in a game as fast as tennis that those “short” words are still too long to use. I prefer, “You!” and “Me.” I know it may sound silly, but in a heated point, a fraction of a second can mean hitting the ball early or not being in good position and hitting it late. If your team is not calling those questionable balls, or using the most condensed versions, you should really consider adding it to your game.

Aside from who is going to take the ball, you can also use verbal communication to tell your partner where you are moving to or where you would like them to move. Here, we most commonly use the words “up” and “back.” These words are just as important as “you” and “me” because if both players are in their appropriate positions, you are far more likely to win the point. In doubles tennis, it’s not uncommon for players to play the baseline for more shots than they should, and if one realizes their opponents is struggling defensively, they should communicate this to their partner by saying “up.” Likewise, if one player recognizes that their situation has turned from offensive to defensive, they should communicate this to their partner by saying “back” as soon as possible. During points, the fractions of a second that you save by communicating with your partner pay off in dividends with quicker reactions, better shots and better positioning.

RELATED:
Life While Quarantined: How to Continue Improving Your Tennis Game

Communication in-between points (games, sets) is just as important as communication during the point. In-between points is the time to work out strategies and tactics, which will not only help you predict your opponent’s response but also help you plan your attacks and reactions. These are some of the most important things that a team should be talking about and considering:

For example, if you knew ahead of time that your partner was serving down the T, you would also know that the return would most likely come back up the middle and that you should be ready to poach for the putaway. Talking to your partner helps the team play smarter, and playing smarter means the other team has to work harder.

RELATED:
What You Should And Shouldn't Do After You Hit A Lob

Communication For Other Reasons

Finally, there are times to use communication not just for the sake of communication, but for other reasons. There will be moments when your opponents are killing it, like, everything they do is a winner for them. It’s in moments like this that you should come together, not just to work out strategies, but additionally to try to break the rhythm of your opponents. If you do not communicate with your partner now and just go with the flow, you will more likely get beaten — and beaten very quickly.

Communication can also be used to allow your partner or yourself to grab a quick breather. Have you ever been in a game that seemed to go 10 deuces long? Have you ever been in a game where you had a point go on and on for around 30 strokes? Times like this are a good time to come together and use communication to grab a quick breather. As a good partner, it’s your responsibility to know when your teammate needs that break, even if they don’t want to take it.

Lastly, communication is essential to help uplift your partner. Regardless if your teammate has missed seven consecutive shots or has double-faulted an entire game away, staying positive and keeping your partner focused on the task at hand is something every good partner must do.

Communication separates the seasoned doubles players from the newbies. And no matter if you are in the former group, the latter group, or somewhere in the middle — if you are not communicating with each other, you are not playing your best tennis. Using communication effectively is just as important as a having a huge serve or a great volley and must be practiced just as much if not more.

Singles Tennis Players: Can Playing Doubles Help Improve Your Game?
Life While Quarantined: How to Continue Improving Your Tennis Game