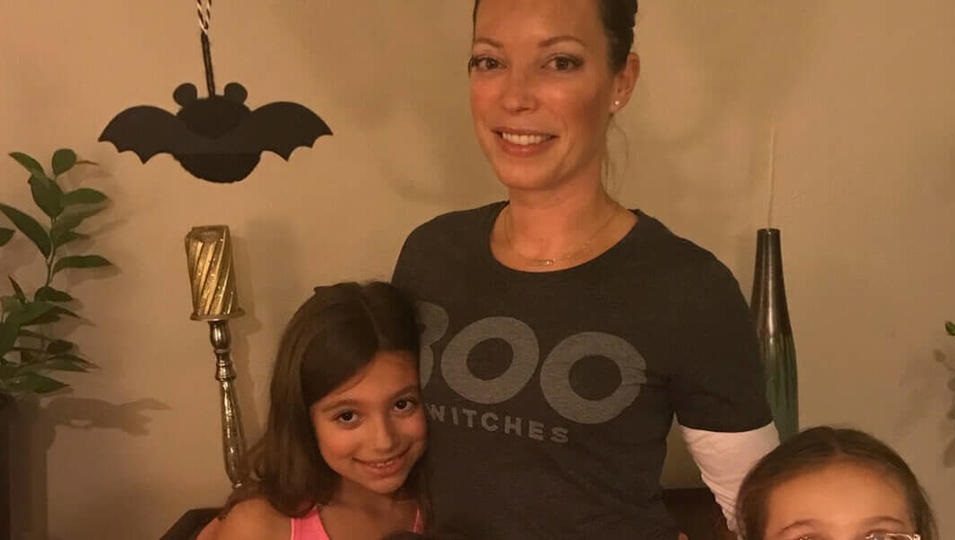 MAYFIELD HEIGHTS, Ohio – Rebecca Pletnewski, a 41-year-old Ohio mom and nurse, told her family for months that her neighbor was stalking her and making unwanted advances.

Police Chief Fred Bittner told Fox 8 that the mom frequently raised concerns about 27-year-old Dominique C. Swopes to those close to her:

“He just apparently had left her notes occasionally or talked to her outside. There were other advancements made through maybe social media, and she told him she didn’t want anything to do with him, she had a boyfriend.”

And on November 20, she and her 8-year-old daughter were found dead in their home.

The mother was stabbed to death and her daughter died after the assailant lit the home on fire. She was in an upstairs bedroom and was killed by smoke inhalation, Fox 8 reports.

Police quickly turned to Swopes as a suspect, Bittner said:

“He became a subject of interest that day because what family and friends had told us, that Rebecca had warned them or told them of instances of potentially stalking by the neighbor. He became our primary suspect at the time after talking to family.”

Swopes was taken in for questioning on the day of the killings but released that night.

According to ABC 5, he was arrested on Friday after police found incriminating evidence against him.

He has since been charged with two counts of aggravated murder and one count of aggravated arson in the mother and daughter’s deaths.

The two were laid to rest on Monday. Pletnewski also has a 4-year-old daughter, Vivienne, who thankfully wasn’t home during the incident and is unharmed.

A GoFundMe has been started by the family.

What Supposed To Be Love Story, Takes Tragic Turn When a Doctor’s Ex-Fiancé Shoots Her and 2 Others at Chicago Hospital
HIV-Positive Teacher From St. Louis Awaiting Trial For Allegedly Molesting Student Hires Hit Man To Kill Accuser And Mom