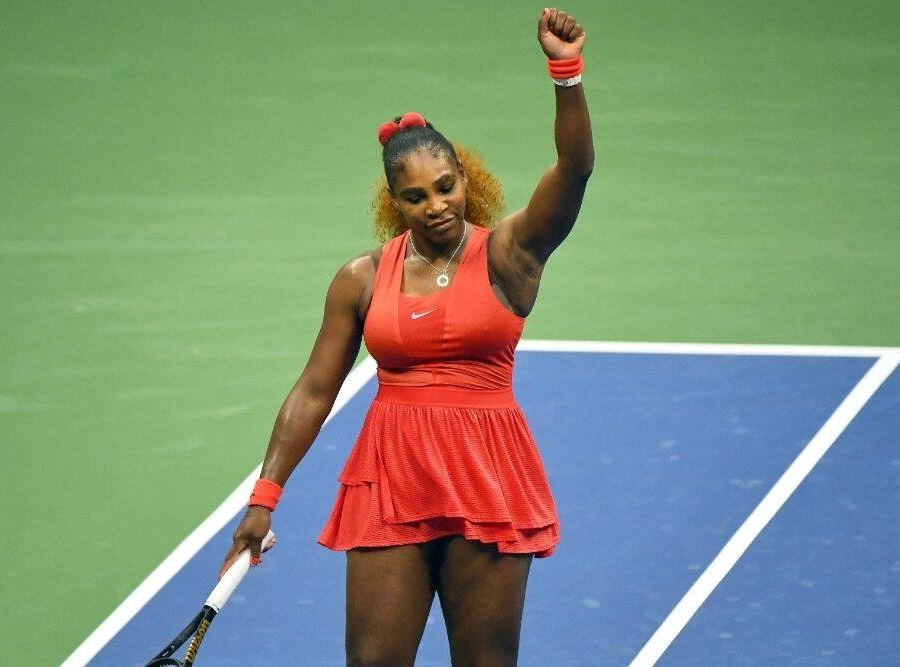 Day 2 at the 2020 US Open began with a long list of our favorite players ready to battle it out for the championship. It was surreal to see the empty stands and hear the claps and cheers of a “ghost crowd,” but the on-court action was still impressive!

Here is a quick recap of the day’s matches:

The first match in Arthur Ashe Stadium turned out to be the match of the day. At first, it seemed it would be over in straight sets, with Murray down two sets and a break against Japan’s Yoshihito Nishioka. But the Scot found his mojo and came back to win the third in a tiebreak, then took another breaker in the fourth, eventually winning in five sets: 4-6, 4-6, 7-6, 7-6, 6-4. And it only took 4 hours and 38 minutes!

Here are some highlights from Andy Murray’s match against Yoshihito Nishioka’s match |VIDEO SOURCE: US Open

No. 3 seed Serena Williams won her first straight-sets match since the Australian Open, defeating Kristie Ahn, 7-5, 6-3, in Ashe. She easily moves on to Round 2 where she will face unseeded Margarita Gasparyan of Russia.

Other former US Open champions graced the schedule, including 2017 champ Sloane Stephens, a straight-sets winner over Mihaela Buzarnescu. Marin Cilic, the 2014 champ, got through in five against American Denis Kudla, while three-time champion Kim Clijsters saw her US Open return upset by Ekaterina Alexandrova.

Also victorious in Ashe was 2019 US Open finalist Daniil Medvedev.

Two-time US Open finalist and new mom, Victoria Azarenka, had a dominant first round win over Barbara Haas, setting up a rematch of her 2019 first-round clash in Flushing Meadows against fellow Belarusian Aryna Sabalenka.

One year after making waves at the US Open for taking a set against Roger Federer in the first round, Sumit Nagal became the first Indian man in seven years to win a singles match at a Grand Slam. The 23-year-old’s next opponent: No. 2 seed Dominic Thiem.

RELATED:
OK. Serena Hasn't Won The Most Grand Slams Of All Time... Yet.

Two-time Flushing Meadows champion, Venus Williams played in her record-setting 22nd US Open, and was attempting to be the third woman in her 40s to win a US Open singles match. Czech Karolina Muchova was too much for her, however, winning in straight sets, 6-3, 7-5. This loss marked the first time in V. Williams’ career that she’d ever lost in the first round of the US Open.

To see all of the scores in real time, bookmark our “Live Scores and Player Rankings” page :-)

You may also like...
Related Topics:ATP, Serena Williams, US Open, WTA

Naomi Osaka To Resume Play Following A Pause In Protest Over Racial Injustice
The 2020 US Open: Quick Recap Of Day 3