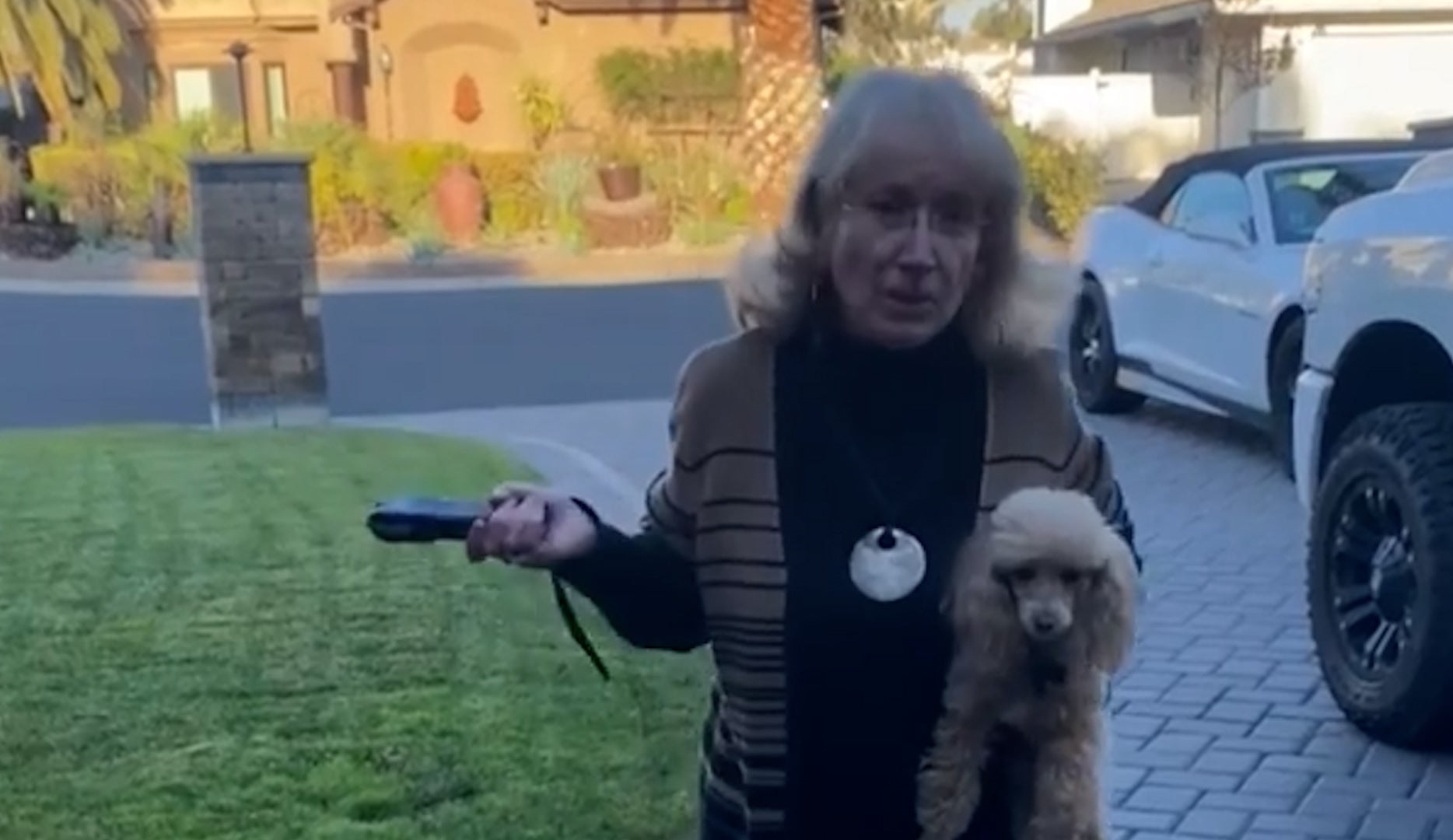 DISCOVERY BAY, CALIFORNIA – A black family living in California’s Discovery Bay area have accused their white neighbor of using racial slurs during a confrontation where she also brandished a taser in her hand.

The video of Geritt Jones and his sister Jarielle Jones’s argument with their neighbor, identified in US media as Adana Dean, was posted on Twitter and Instagram by Ms Jones on 17 November and has since gone viral.

Surveillance camera footage and a mobile phone video, filmed by a member of the Jones family, show Ms Dean waving a taser in her left hand and carrying her dog in her right hand, complaining on Geritt Jones’s doorstep about their dog attacking hers. As the argument becomes heated, Mr Jones can be heard asking Ms Dean to leave his property. She responds telling him: “You are a black person in a white neighborhood and you are acting like one”, suggesting they instead act like “a white person in a white neighborhood”.

Informed that she is being filmed, Ms Dean says “I don’t give a s***”, adding that the Joneses are “acting like people who aren’t normal”. “You know what? You guys are acting like Black people and you should act like white people,” she says.

Questioned about carrying a taser, Ms Dean can be heard saying she is doing so because her dog was attacked by theirs.

“Me and my family have lived here for over 10+ years and today our racist white neighbor decided to come over and show her true colors. Lied and claimed our pit Bull attacked her dog WHEN WE HAVE VIDEO EVIDENCE THAT WAS A LIE (her dog wasn’t even outside originally). Said multiple racial slurs, charged after us with her taser multiple times and refused to leave our property until we called the cops,” said Jariell Jones in a post on Instagram.

ABC7 News interviewed the family and said it also went to Ms Dean’s house to speak to her about the incident, but that she declined to comment. Her husband reportedly identified his wife as the woman in the videos before calling it a “minor incident” and shutting the door.

Contra Costa police told the news network in a statement that it “takes these types of acts seriously”, and that officers had responded at the time of the incident. “Although deputies determined that no crime had been committed, a report was taken to document the interaction between the two neighbors,” the statement read.

This Holiday Season Walmart is Offering Free Thanksgiving Dinner for Everyone
This Man From Tennessee Followed The Gas Preferred Lottery Ticket And Won $75,000!