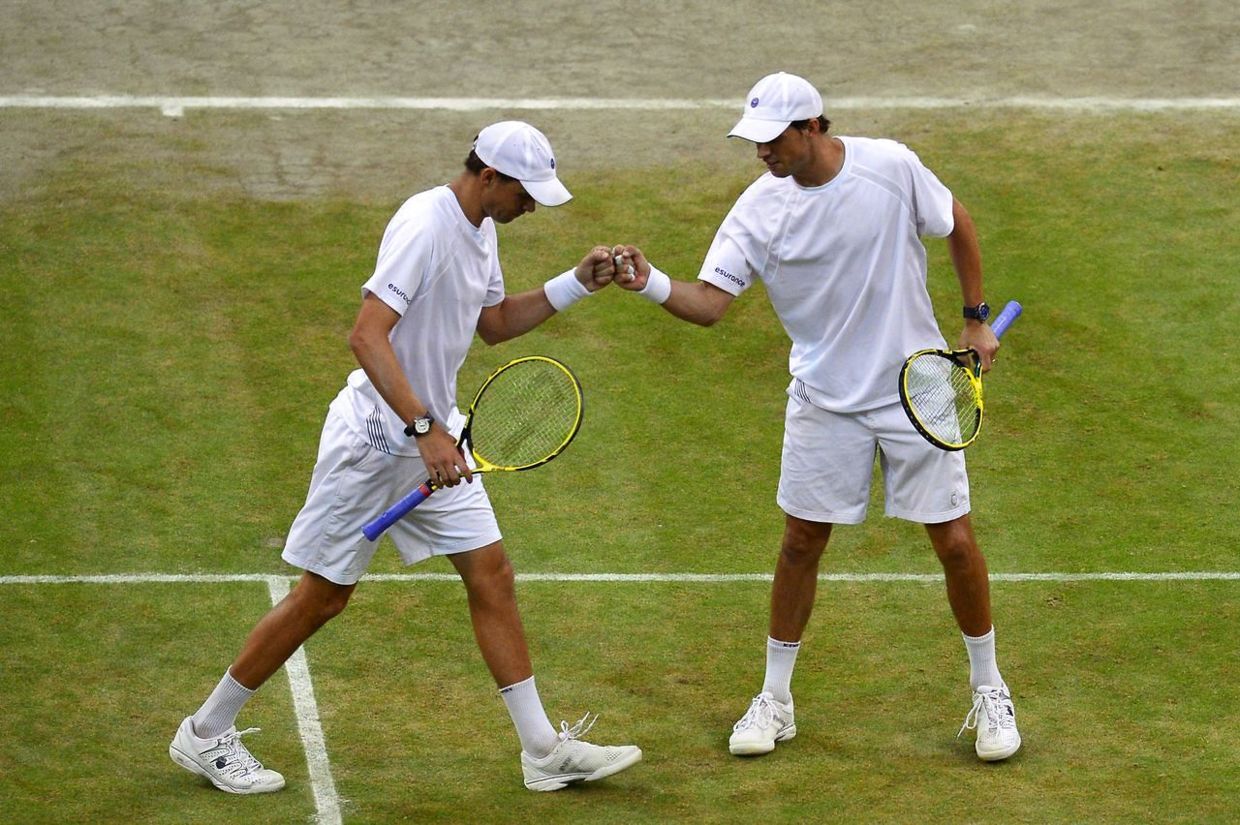 Coming to the net is crucial to winning in doubles, but when I watch league matches at the lower levels, I see so many players who are intimidated by it. For the most part, they stay in the one up, one back position throughout the entire match. Even if an opponent’s shot pulls them in, it’s only temporary, as they move right back to the baseline as soon as possible.

The crazy thing is that most doubles points actually do end up at the net! And if you can train yourself to get there at the right time, you’ll lose that fear of the net and become a better tennis player with a clear advantage over your opponents.

You’re in your comfort zone behind the baseline, waiting for your opponent’s shot to drop into your wheel house so you can attempt a passing shot. What you don’t realize is that you are actually gifting your opponent with tons of spare time to prepare for your return:

RELATED:
WATCH: Doubles Tennis Strategy... When You're Caught "In The Cross Hairs"

On the other hand, if you are up at the net to receive that ball, you will take away reaction time from your opponents:

Not only that, but if you are hitting up at net, you’ve got all sorts of angles to play for winners!

It Puts Pressure On Your Opponent

Let me put this into perspective with two scenarios:

Which position would you rather your opponent be in? Exactly! So beat them to it!

Coming in to net not only intimidates your opponent, but it puts the pressure on them to come up with an awesome passing shot – and most of the time, they’ll panic and miss 😉

RELATED:
Where To Serve And Why In Doubles Tennis

You Have Easier Shots At Net

As you move forward for a volley, you are creating better angles for yourself and lowering your chance of hitting into the net (especially if you take the ball high).

Hitting a good volley is generally a higher percentage shot than hitting a groundstroke. Even if you’re more comfortable at the baseline, you’ll have a lesser margin for error at net. Hitting from the baseline, you have to hit with more pace, more depth, and even better direction. But up at net, all you really need to do is aim the ball at your opponent’s feet or to their backhand (hitting from high to low), and you will more than likely win the point. And should they manage to get the ball back, it will be a popup floater for you to put away!

Obviously, if you are playing against consistent offensive lobbers, both of you up at net may not be the best option. Against others, however, it’s the best way to shorten points and win more matches!