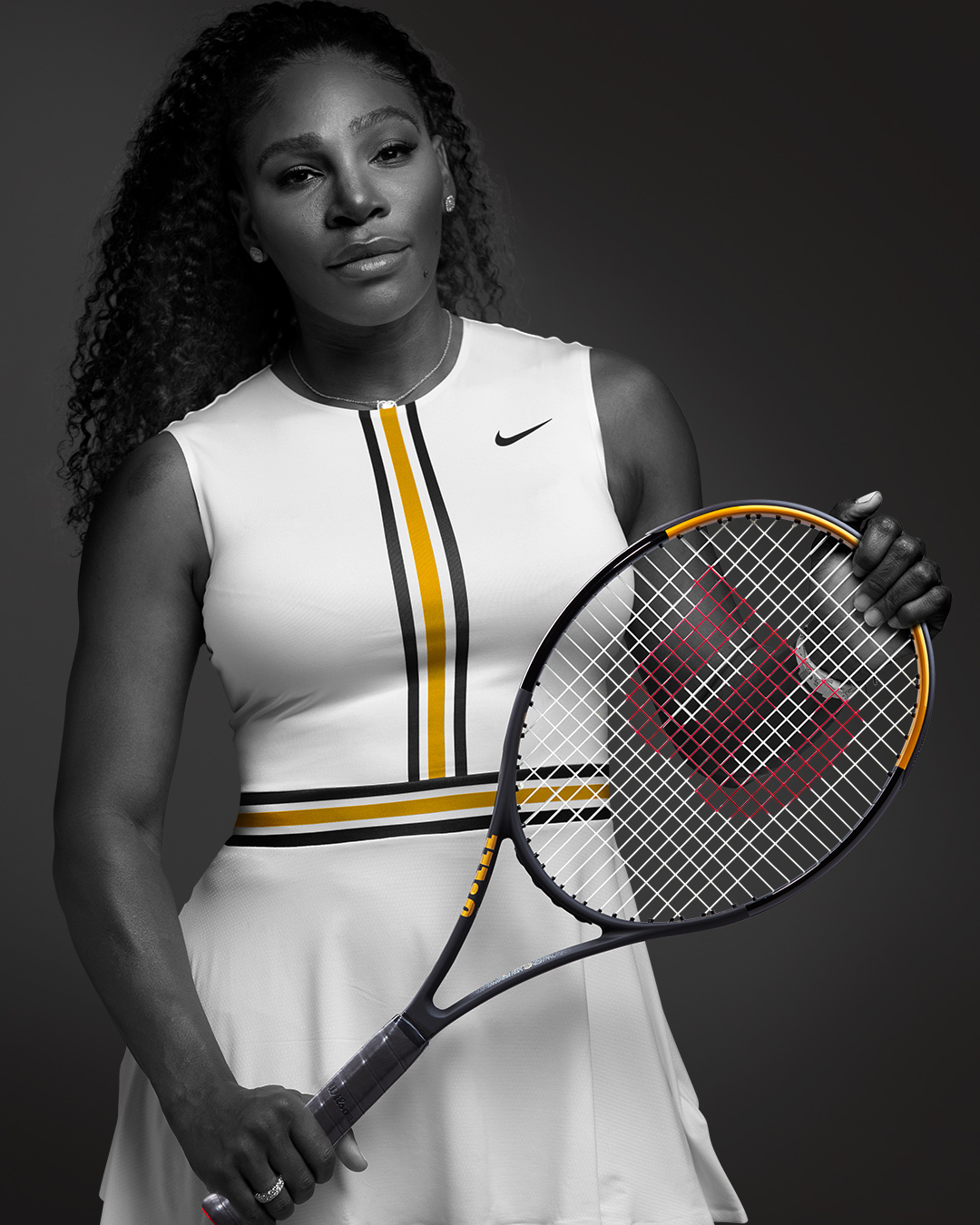 About her new racket, Serena had this to say:

I love my previous Blade tennis racket, and it’s been a huge part of my game, but I knew I needed to make adjustments. A tennis racket is such a sensitive thing. I talked with Wilson about wanting more control and what that could look like, and importantly, feel like. So, we got to work. I am really into technology and trying new things out. And while the process was long, we ultimately designed exactly what I need for my game. I’ve had this new racket in my hands for most of this year, and it just feels right.

According to Ron Rocchi, Advance Innovation and Player Manager for Wilson Racquet Sports:

Serena is undeniably the best women’s tennis player in the world. She has always had aggressive goals for her career, and therefore, ever-willing to try new technologies that can complement her on court and give her an edge. The extensive prototyping and playtesting process we underwent allowed us to build a new racket that would support both Serena’s style and high-level of play.

RELATED:
WATCH: When Rafa Nadal Accidentally Hits You In The Face 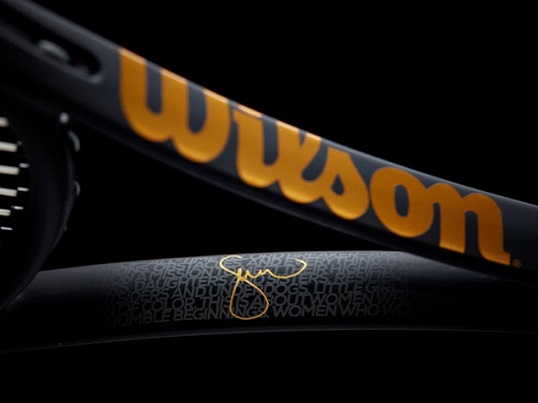 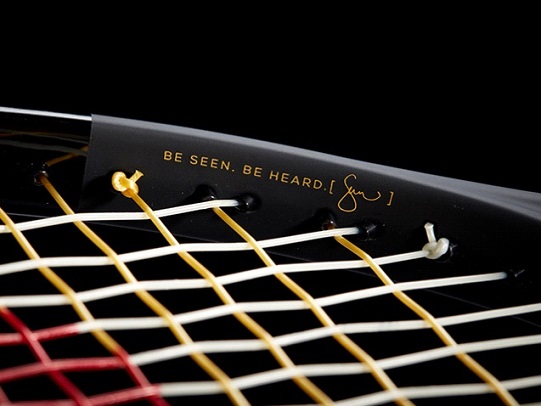 The new Blade SW102 Autograph racket is two inches smaller in its head size than her previous frame. Although a seemingly minor change, the decreased head size allowed Wilson LABS engineers to modify the racket’s flex points along its string bed and frame to add the level of control Serena Williams was looking for without impacting the power of her play.

We took the same stiffness and feel she loved in her previous racket and re-engineered it into a smaller geometry. With a smaller frame, you naturally add control.

The all-new aesthetic of the Blade SW102 Autograph reflects Serena Williams’ legacy in the sport with bold accents in her favorite color – gold.

RELATED:
The Hilarious New Tennis Comedy FIRST ONE IN Just Dropped On Amazon And iTunes!

In continuing the minimalistic design DNA of Wilson high-performance rackets, the Blade SW102 Autograph racket features a stealthy black finish accented with Serena Williams-inspired gold at the racket’s hoop. Beautifully detailed, the racket highlights Serena Williams’ signature and communicates words of encouragement along the inside throat of the racket. The outside throat of the racket features the classic Wilson script logo.

Fans can sign-up for early access to the Blade SW102 Autograph racket by visiting wilson.com/sw102. The racket will be available for purchase on wilson.com on September 8, and via tennis specialty retailers (in-store and online) September 15. The racket retails for $249 (MRP).

Note: Pros often customize the racket they use. Racket specifications on endorsed consumer models may vary from the models used by pros for match-play.